March 18, 2021 - The Provincial Municipality of Arequipa in Peru presented Cerro Verde with an award for its commitment to art and cultural conservation during a ceremony celebrating the city's historic center and its 20th anniversary as a World Cultural Heritage of Humanity site.

The United Nations Educational, Scientific and Cultural Organization  (UNESCO) designation provides preservation and protection for the city's core, dating back to the 16th century, as a site of "outstanding value to humanity" and irreplaceable for future generations. 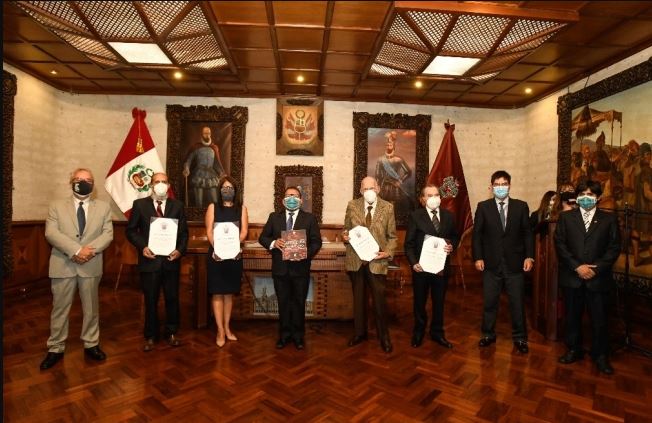 Cerro Verde has supported numerous projects over the years, including rebuilding the Hospital de Sacerdotes (Priests' Hospital), the Chapel of San Pedro and Santa Marta Church as well as restoring a mural at the Santa Catalina Monastery and other works of art.

For more information about Freeport-McMoRan’s commitment to the preservation of cultural heritage, please see fcx.com/sustainability.

See the 2019 Annual Report on Sustainability for more information on their social, economic and environmental efforts.

Photos (from top to bottom): Catedral basílica de Arequipa, one of several buildings the Company has helped restore and reconstruct. Cerro Verde, a Freeport-McMoRan Company, Wins Award for Cultural Conservation.