Named Litoria lubisi, this species of large green tree frog is in the same family as Litoria infratrenata. The discovery of the new species was officially published in the international journal Zootaxa.

The frog is named after Dr. Rusdian Lubis, who at the time of discovery was serving as PT-FI’s Senior Vice President for Work Environment and Safety. The research on Litoria lubisi was started in 2006 by Stephen Richards from the South Australian Museum and independent researcher Burhan Tjaturadi, who has been working in Papua since 1999, when he joined World Wildlife Fund and Conservation International. The research was continued by the LIPI research team, including Mumpuni, Hellen Kurniati, and Evy Arida. After 15 years of study, the research team was able to confirm the species was a new species never recorded in the taxonomic pedigree. 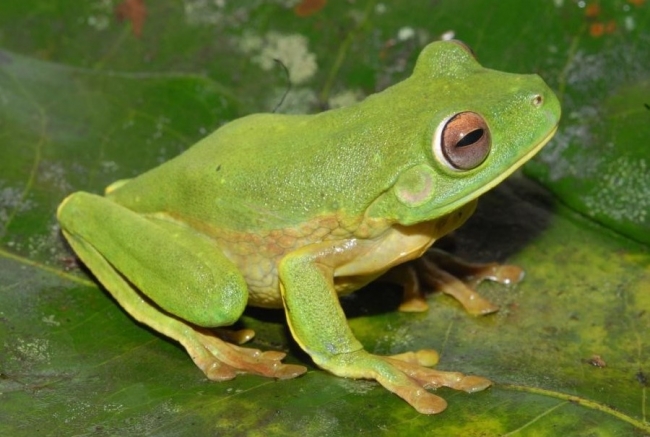 The finding of this species adds to the long list of discoveries of new species in PT-FI's work area since biodiversity research was first conducted there in 1997. Litoria lubisi is found only in the sago forest in Mimika, Papua.

In addition to partnering with LIPI, PT-FI also regularly collaborates with the Natural History Museum of the United Kingdom, South Australian Masters Athletics of Adelaide, and the University of Papua New Guinea to study biodiversity in Papua.

To learn more about how Freeport-McMoRan contributes to biodiversity conservation, please visit www.fcx.com/sustainability.

See the 2020 Annual Report on Sustainability for more information on their social, economic and environmental efforts.