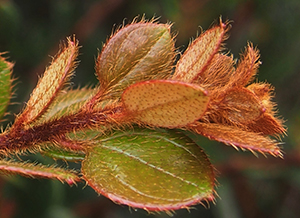 July 30, 2020 - Having a newly discovered plant species officially named after you would register as a single lifetime achievement for many. That makes PT Freeport Indonesia’s Pratita Puradyatmika two for two.

The Indonesian native and longtime PT Freeport Indonesia employee probably knows as much or more about the biology and ecosystems of Papua than anyone. The botanical bigwigs concur, as Puradyatmika has not one but two plants officially named after him out of the 29 Papuan plant discoveries over the years in honor of his decades-long commitment to biodiversity research.

“I am very fortunate to have a job that has allowed me to work with and learn from researchers from all over the world,” said Puradyatmika, General Superintendent-Highlands Reclamation. “I earned a degree in agriculture, but PTFI allowed me to turn that into a career studying the biodiversity of Papua.” 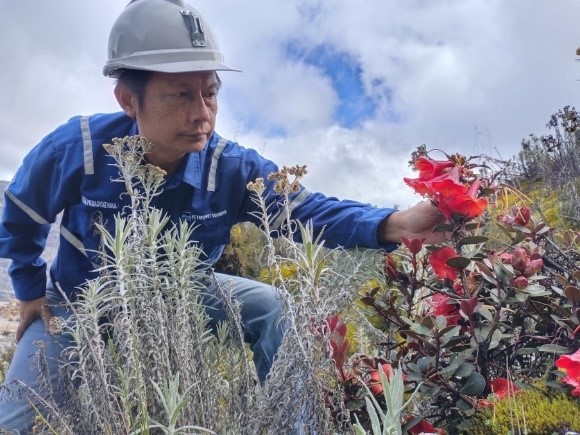 An employee of PTFI since 1997, Puradyatmika’s decades-long contribution to biological and ecological research led to the official designation of a knee-high or so mountain shrub known as Diplycosia puradyatmikai. The official announcement was made June 22 to coincide with the United Nations’ World Environment Day.

A plant that grows in clumps of small bushes with strong, brown branches, Diplycosia puradyatmikai was first collected as a specimen decades ago, but the process to officially identify, study, confirm and establish the plant as a distinct species took more than 20 years due to the remote nature, extreme weather, and logistics of accomodating researchers at Jobsite, Puradyatmika said.

The other plant discovery honoring Puradyatmika is Papuacalia titoi. Officially designated in 2000, that naming paid homage to the nickname given to him by his parents at birth, Tito, and the name his friends call him.

Since 1997, PTFI’s Environmental Department has supported and facilitated scientific research by universities and institutions of Jobsite’s diverse ecosystems, which range from coastal mangroves to Highlands forests and even alpine tundra. More than 5,000 new species of plants and animals around PTFI’s work area are being researched. The new species, Diplycosia puradyatmikai, named in honor of an employee, is the 29th plant species discovered and officially designated near the company’s Indonesian operations.

Photos (Top - Bottom): The new species, Diplycosia puradyatmikai, named in honor of an employee, is the 29th plant species discovered and officially designated near the company’s Indonesian operations. PTFI employee Pratita Puradyatmika now has the rare distinction of having not one but two plants named for him.