Into the dark recesses of Grasberg Block Cave, the spunky explorer bobs and rolls, illuminating and livestreaming its journey.

The voyage is all about understanding and monitoring how the undercut levels of PT Freeport Indonesia’s massive underground mine are breaking up and advancing, and – more importantly – it’s about protecting everyone who works there.

Those inspections formerly were conducted by geoengineering employees who were limited in how far they could safely venture into the fully developed, stabilized portions of the cave.

But the rollout of a remote-control, four-wheeled, rubber-tired crawler in March changed all that.

The 360-degree camera feed that the little crawler livestreams is not just the next best thing to being there, it’s better.

“No. 1 is safety. That’s why we did this in the first place, period. But what we also have found is that we get better inspections,” said Erwin Riyanto, General Superintendent-Underground Monitoring at PTFI. “You can take your time and take the crawler farther into the cave and really study the conditions.”

The crawler has a stoic, streamlined frame with a couple doodads mounted to it, rides on soft, bouncy tires, and is controlled by a handheld unit that looks like a squirt gun with a television remote and a scooter wheel attached to the top. It has a range of up to 300 meters, or a little more than three soccer fields.

“The most important use for the crawler is for the 360-degree video camera, so that’s all we put on it to start, but it can be modified with things such as a zoom camera and a laser scanner,” said Akhmad Zyen, Chief Engineer-Underground Geotech Mine.

Geoengineering team members use other tools – such as prisms, satellite imagery and sounds waves – to study what’s happening with the rock in and around its mammoth underground complex.

But despite having the best technology available, there is no measurement quite as handy as a real-time, in-person inspection.

That’s why physical, in-person inspections always complemented the fleet of remote instrumentation at PTFI caves whenever safely possible, and why “Crawley” is so valuable in replacing them.

“You are making your employees safer and also getting much better information for everything from mine planning to production targets, so it’s improving all parts of the mining process,” Riyanto said. 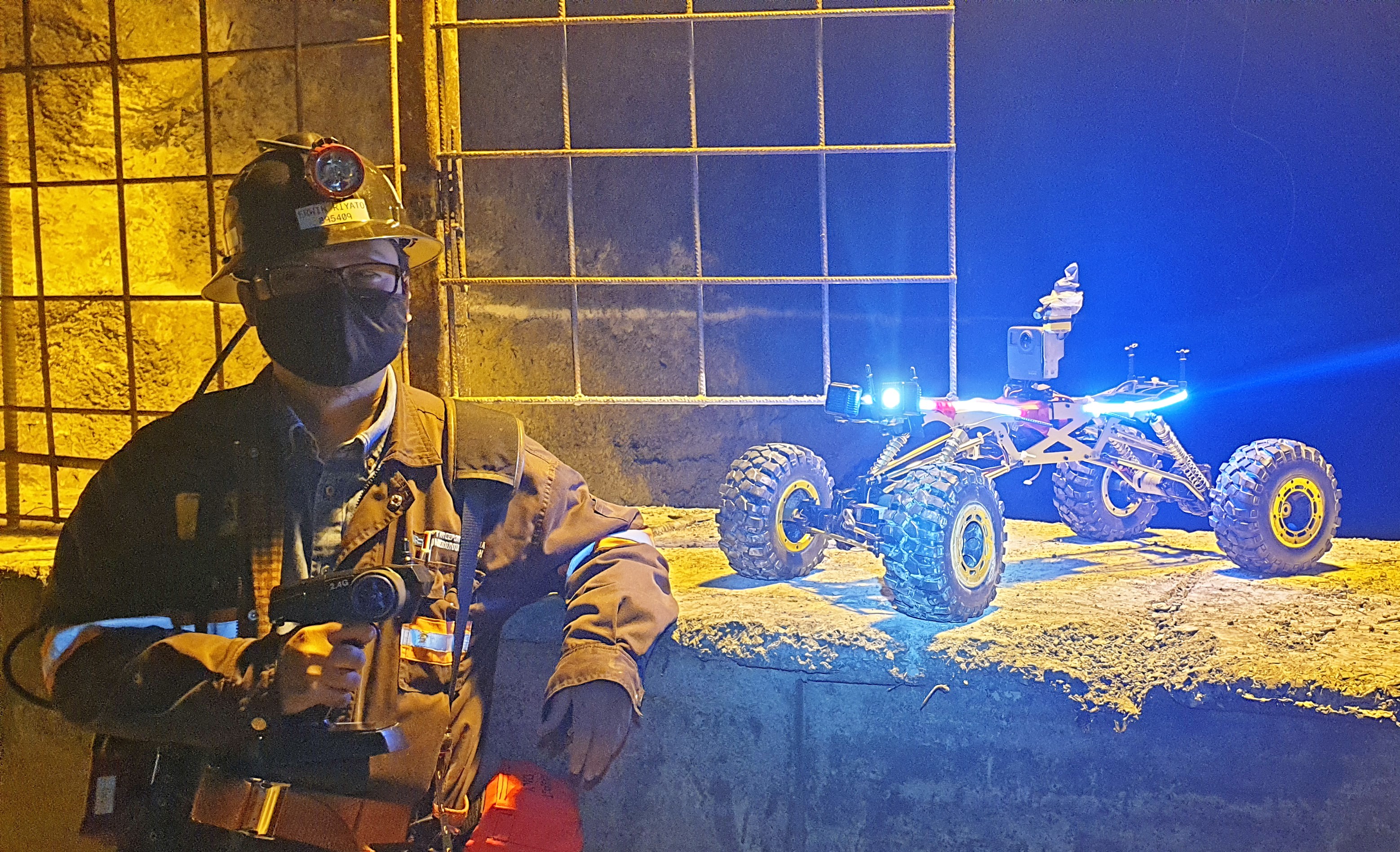 Photo: Erwin Riyanto, General Superintendent-Underground Monitoring at PTFI, poses with the remote-control crawler just before sending it down a tunnel at the Grasberg Block Cave mine.